Karl Aberer is a full professor for Distributed Information Systems at EPFL Lausanne, Switzerland, since 2000. His research interests are on decentralization and self-organization in information systems with applications in peer-to-peer search, semantic web, trust management and mobile and sensor networks. Karl Aberer received his Ph.D. in mathematics in 1991 from the ETH Zürich. From 1991 to 1992 he was postdoctoral fellow at the International Computer Science Institute (ICSI) at the University of California, Berkeley. In 1992 he joined the Integrated Publication and Information Systems institute (IPSI) of GMD in Germany, where he was leading the research division Open Adaptive Information Management Systems. From 2005 to 2012 he was the director of the Swiss National Research Center for Mobile Information and Communication Systems (NCCR-MICS, www.mics.ch). Since September 2012 he is Vice-President of EPFL responsible for information systems. He has also been consulting for the Swiss government in research and science policy as a member of the Swiss Research and Technology Council (SWTR) from 2004 to 2011. 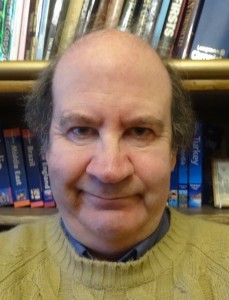 Richard Brereton was awarded  his BA, MA and PhD at the University of Cambridge, where he also did his postdoc. He was subsequently employed in the University of Bristol as a Lecturer, then Reader, and then Professor, where he is currently Emeritus Professor. He is Director of Brereton Consultancy. He is Fellow of the Royal Society of Chemistry, Fellow of the Royal Statistical Society and Fellow of the Royal Society of Medicine. He has over 367 publications to his name, of which 173 are academic journal articles, and 7 are books. His latest book is Chemometrics for Pattern Recognition (Wiley, 2009). He is currently Editor-in-Chief of Heritage Science, Columnist for Journal of Chemometrics and on the Editorial Board of Chemometrics and Intelligent Laboratory Systems among others. He has given 172 invited lectures worldwide. His main expertise is in Multivariate Pattern Recognition primarily for classification, including One Class Classifiers and Partial Least Squares Discriminant Analysis among other techniques, as applied to a wide variety of problems. 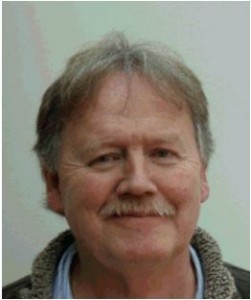 Dr. Hal MacFie is a statistician by training, with an international reputation in the areas of product assessment and consumer research. Author of over 100 scientific publications and five books, he was Head of Consumer Science at the Institute of Food Research, Reading England, before becoming Director of the Institute. Dr. MacFie is now an independent consultant, Visiting Professor at Reading and Nottingham Universities and was for 20 years European Editor of Food Quality and Preference. His main occupation is developing and presenting a portfolio of short courses in Consumer Science methodology, mainly based on Sensometric techniques but with some psychometric concepts as well. These courses are presented publicly in Europe, USA and Asia and in-house as required. 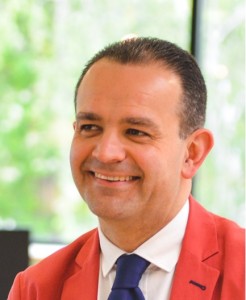 His research interests (more than 70 published papers and books) have mainly focused on methodological developments in the field of multivariate statistical analysis with specific reference to factorial methods, Procrustes rotations, analysis of paired tables, structural equation modelling, PLS (Partial Least Squares) regression and predictive modelling, multiple table analysis. He has taken a special care of the application relevance of his methodological contributions with specific reference to the domains of business and industry, sensory data, social surveys, customer satisfaction surveys with respect to both commodities and public services, Total Quality Measurement and a focus on Big Data and Business Analytics.

Among other awards, in 2005 he was awarded with the Pierre-Vernimmen-BNP Paribas “Teaching Awards 2005” (Visiting Professors Category) at HEC School of Management in Paris, France. Two of his papers were recognized as the Top-Cited 2005-2010 Article in the Journal “Computational Statistics and Data Analysis” by Elsevier. He acted as the Editor-in-Chief of the “Handbook on Partial Least Squares: Concepts, Methods and Applications” released by Springer, Europe in 2010.